Above the Chapel of the Rosary, a representative early Baroque Knight’s Hall is located, preceded by a staircase leading from the west. It was erected in 1647, intended to serve as a place for official assemblies. It hosted momentous events and visits of dignified guests. In the second half of the 17th century it served as a meeting place of the Senate of the Commonwealth several times and, in 1661, king Jan Kazimierz received the ambassadors of the Zaporozhian Cossacks and Tsar Alexius Mikhailovich there. In 1670, the wedding ceremonies of King Michał Korybut Wiśniowiecki and the Archduchess Eleanor of Austria took place there and, in 1683, the Paulines presented the sabre of hetman (commander) Żółkiewski to King Jan III Sobieski, who was staying at the Jasna Góra sanctuary on his way to the battle of Vienna. In 1936, the first Plenary Synod of Polish bishops after regaining independence debated in the Knight’s Hall. The two-storey hall, constructed on the plan of an elongated rectangle with the entrance located on the 1st floor, is covered with a groin vault with lunettes. The walls of the lower storeys are divided by pairs of pilasters with stucco composite capitals additionally decorated with three-dimensional heads of angels, gargoyles, griffins, pairs of pigeons, suspended draperies and bunches of flowers and fruit. Between them, windows in the deep recesses look out into the viridarium. Similar windows are located above, over the entablature with a prominent cornice encircling the room, dividing the walls into two storeys. On the northern wall, above the cornice, banners of scouts, military units, guilds and of the Sokół (Falcon) Polish Gymnastic Society are exhibited, dating from the end of the 19th century until the end of World War II, donated to Jasna Gora as votive offerings. In the southern wall, there is a passage to the gallery of the vestibule of the Chapel of Miraculous Image, preceded by marble steps. The round-headed portal is flanked by pilasters crowned with capitals decorated with elements of the Pauline emblem – lions and crows. 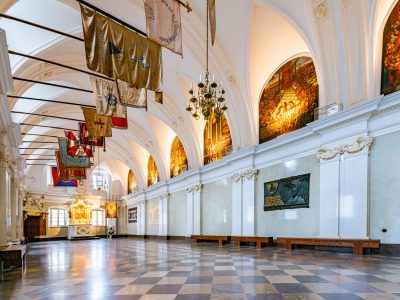 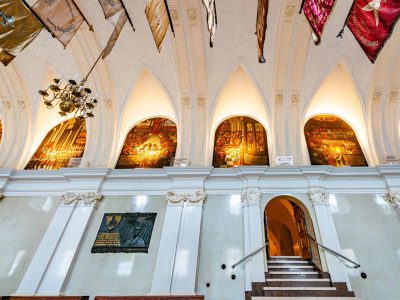 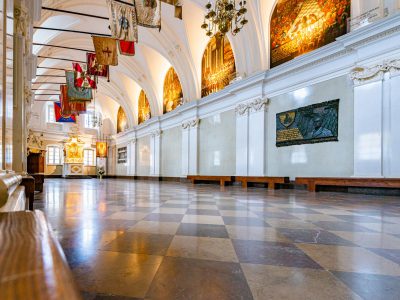 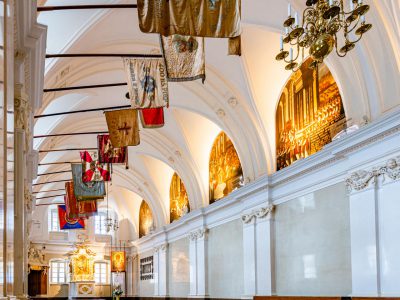 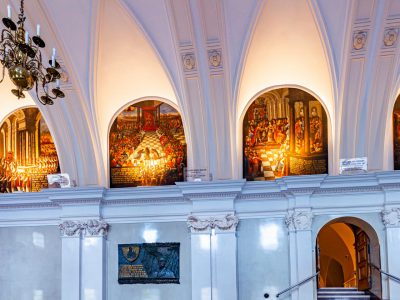 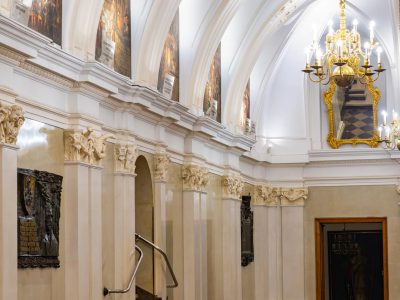 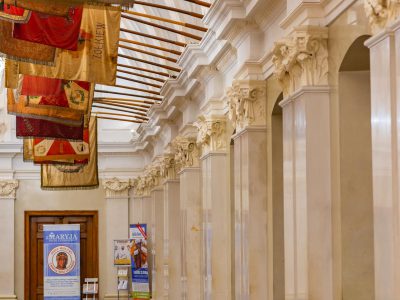 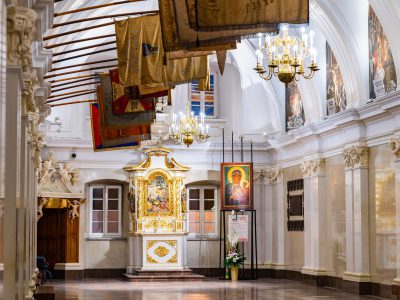 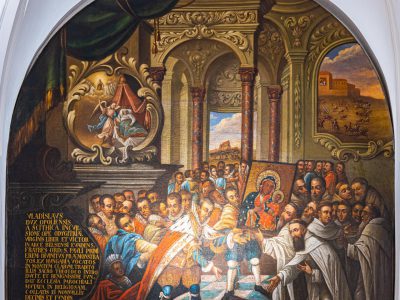 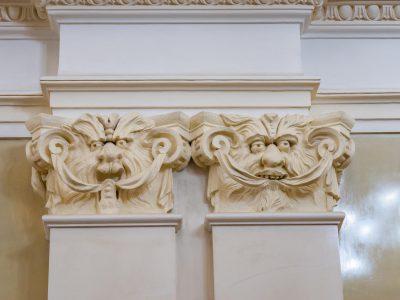 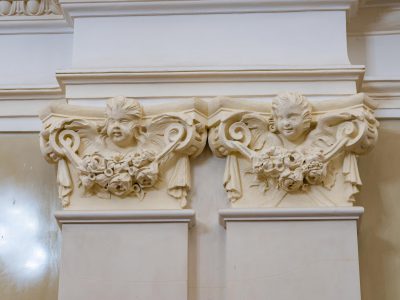 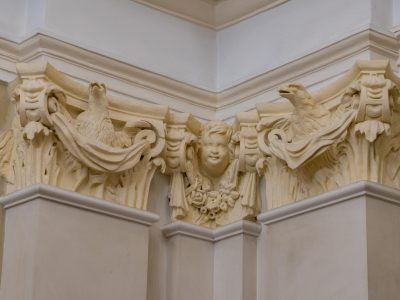 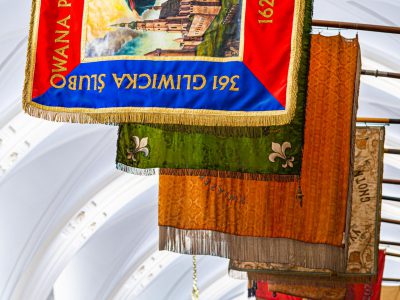 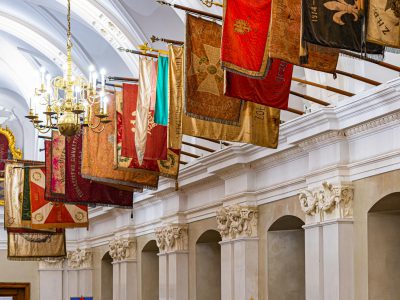 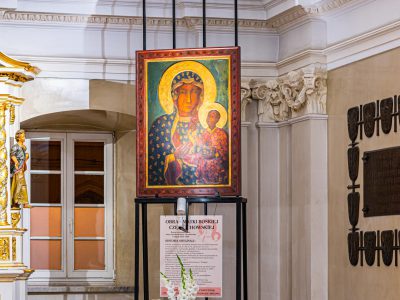 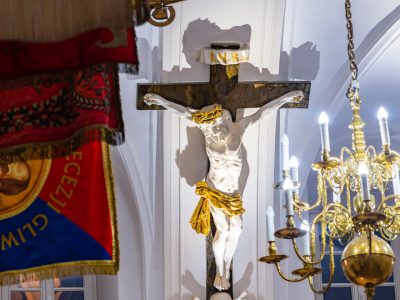 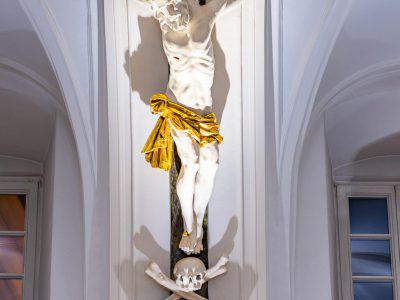 Image of Our Lady of Częstochowa, carried into to the Jasna Góra church which was rebuilt after a fire in 1691, assisted by the Bishop of Kraków Jan Malachowski.

John III Sobieski with his sons Jakub, Konstanty and Aleksander in Jasna Góra before the relief expedition to Vienna in 1683, receiving hetman (commander) Stanisław Żółkiewski’s sabre from the Paulines with a blessing for victory.

Ceremonial receipt of the relics of martyrs, Saints Honorata and Candida, brought from Rome on the occasion of the 300th anniversary of the foundation of the monastery 1681.

Wedding ceremony of King Michał Korybut Wiśniowiecki and the Archduchess Eleanor of Austria in Jasna Góra in 1670.

King Jan Kazimierz in an imaginary interior, in the presence of the Senate of the Republic of Poland, accepting homage from the Zaporozhian Cossacks in Jasna Góra in 1661.

Prince Władysław IV offering thanksgiving to the image of Our Lady of Częstochowa for the victory at Chocim in 1621.

Attack of Hussite iconoclasts on Jasna Góra in 1430 and the desecration of the image of Our Lady of Częstochowa.

On the southern wall, in the lunettes of the vault, there is a series of 9 paintings illustrating the most […]

Three commemorative plaques are set into walls of the Knight’s Hall. The first of them was placed there on the […]

High up the eastern wall, in the window niches, there is a pair of mirrors from the third quarter of […]

In the north-eastern corner of the Knights’ Hall there is the monks’ enclosure door. The rectangular entrance leading into the […]

Altar of Saint John the Evangelist.

On the eastern wall, between the windows, there is a Baroque altar of Saint John the Evangelist, made around 1700, […]

Staircase in front of the Knight’s Hall

The Knight’s Hall is preceded by a wide staircase made of Paczółtowice marble, with four windows in the southern wall. […]

Vestibule of the staircase leading to the Knight’s Room

On the western edge of the southern wing of the monastery, there is a vestibule of the staircase leading to […]